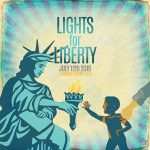 Lights for Liberty: A Vigil to End Human Concentration Camps: “Now is the time for every person to stand up and say, ‘We will not accept this!’ No more hesitating. No more denial. No more fear. We need to be bold, and loud, and unrelenting. That’s the only way we can stop this,” said Kristin Mink, activist and organizer.

🔥 Join community members in a peaceful protest and sign waving event from 5-7 pm at Redmond Downtown Park (16101 NE Redmond Way). Bring signs to express your rage at our administration’s cruel treatment of immigrants and asylum seekers.

🔥 Contact rally@indivisibleeastside.com if you’d like to contribute to the planning of this or future rallies/protests/vigils. Thank you.

🔥 UPDATE 3: The Lights for Liberty: Redmond planning group has made three “Close The Camps” banners for this event. We’ll have sharpies on hand and will be asking people sign the banners. We plan to deliver these to the offices of Senator Murray, Senator Cantwell and Congresswoman DelBene. Additionally, we’d like to take a group photo at 6:00, so please gather together at that time with your signs. 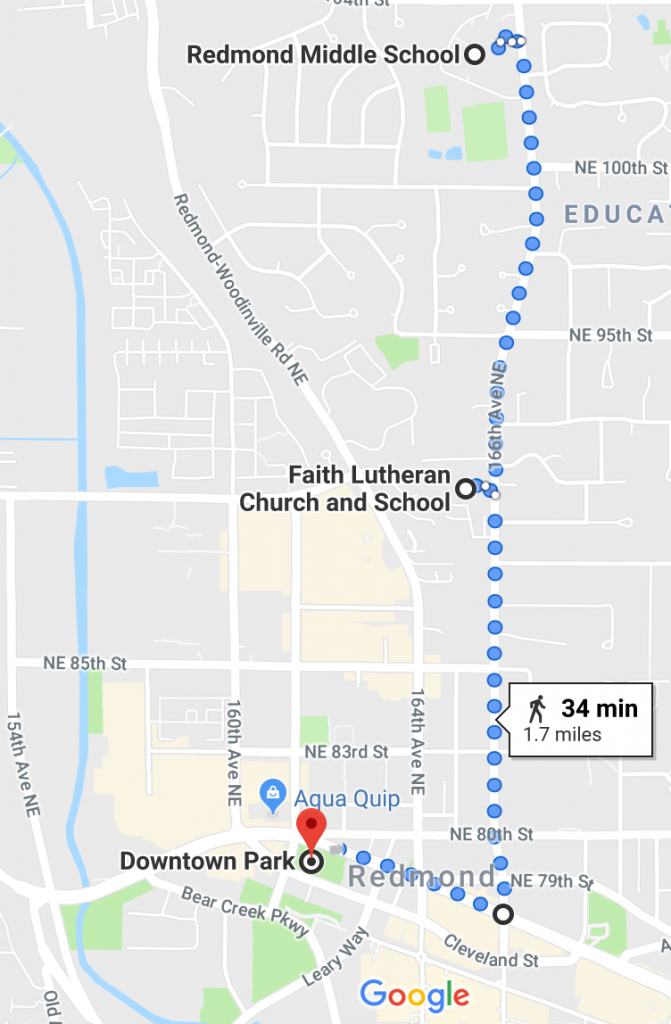 🔥 UPDATE 2: As part of this event, those who are interest can join with others marching 1.5 miles past stop and go traffic on 166th Ave NE. Meet at Redmond Middle School, 10055 166th Ave NE, Redmond at 4:15 pm or join the group at 4:40 pm by parking at Faith Lutheran Church and School, 9041 166th Ave NE, Redmond. Organizers will help shuttle people back up the hill after the event. (note, plan to arrive early, as 166th is very full of traffic and it might take you a while to drive to Redmond Middle School)
🔥 UPDATE 1: You’re encouraged to support Washington Immigrant Solidarity Network (WAISN) Fair Fight Bond Fund
From Monserrat Padilla:
“Right now there are over 1500 people in immigrant detention in Washington State and we estimate 250 are eligible to be released…as long as they can pay their bond.
The Fair Fight Bond Fund pays their bond so they can go back to running their businesses, cooking for their families, and sleeping in their own beds.
Finally free, they are 5 times more likely to get legal support, which makes them 10 times more likely to win their immigration case.
Donate if you believe this is the land of the free, all are welcome here, and immigrants make this country great.”
Donate online, or at the event. We’ll collect cash or checks made out to “Colectiva Legal del Pueblo*, write Fair Fight Bond Fund in the memo (*WAISN’s 501(c)(3) fiscal sponsor.)

On Friday July 12th, 2019, Lights for Liberty: A Vigil to End Human Concentration Camps, will bring thousands of people to locations worldwide as well as to concentration camps across the country, into the streets and into their own front yards, to protest the inhumane conditions faced by refugees.

Key events are planned in El Paso, Texas, where migrants are being housed in outdoor conditions under a bridge with no running water for months at a time; Homestead, FL, at a migrant child detention facility that has caused mass abuse and neglect; in San Diego, near the point of entry site from Tijuana; in New York City, at Foley Square, where hundreds of migrants are processed through detention a day; and in Washington, DC, in Lafayette Park, to demand action from Congress to end concentration camps and impeach the President. Legislators, activists, organizers, and members of impacted communities will speak prior to the candlelight vigil.

Across this country, we have witnessed acts against people fleeing persecution many of us thought we would never see in modern times.

At Trump’s concentration camps, teen mothers and babies are held outdoors in “dog pounds.” We have witnessed the sick and elderly confined to “icebox” rooms for weeks at a time. Unbelievably, children as young as 4 months are taken from their parents, medicine is confiscated, and medical care withheld, and LGBTQ and disabled individuals are held in solitary confinement.

“The Trump administration’s immigration policies and detention camps meet the United Nations’ definition of genocide and crimes against humanity,” said Elizabeth Cronise McLaughlin, lawyer, activist and organizer. “Congress is refusing to stop the president and his policies. We cannot allow these atrocities to be perpetrated in our name.”

Perhaps most terrifying, refugees are beginning to be moved onto military grounds, where there will be a lack of oversight from the media, lawyers, and human rights monitors.

“Now is the time for every person to stand up and say, ‘We will not accept this!’ No more hesitating. No more denial. No more fear. We need to be bold, and loud, and unrelenting. That’s the only way we can stop this,” said Kristin Mink, activist and organizer.